Today I am sharing my background story and how I came to be where I am right now in the form of an interview I took part in for Brunel University, where I studied.
As always, I welcome all your feedback and comments.
Keeley.

Tell us about your time at Brunel and how it helped you in your career? 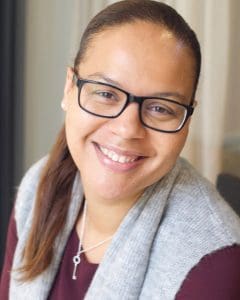 I came to Brunel in 2003 as a single mother, with embarrassing GCSE grades, a dead-end career at IKEA as a cashier and with massive ambition in my heart. I wanted to be a psychologist.

I had been in an abusive one-way relationship, where I had given my all and ended up with debts, low self-esteem and depression. The chaos and confusion in my love life got me reading self-help books and over the course of two years, reading became my place of solace, understanding and inspiration. By the time I got to Brunel at the age of 25, I decided I wanted to help other people like me. I wanted to make a difference and felt that a degree in psychology would set me in the right direction and today, I can proudly say, that I was spot on!

Over the course of two tough years from 2001-2003, I began to believe I could elevate myself out of the traps of poverty, low expectation and stereotypes that were super-imposed into me. I wanted to be more than a baby-mother pushing a pram on my estate. I wanted to be more than a statistic and I saw education as a transformative vehicle that could transport me out of a vicious cycle.

I dared to dream and I fought to get into Brunel. Getting to Brunel in and of itself was a victory. In 2002, I undertook an Access to Social Sciences course. In 2003, I applied to Brunel and my initial application was rejected as I did not have Maths GCSE. Damn, I couldn’t believe my past failings were hindering my future. I wrote to the admin team and asked if they could reconsider their decision. Thankfully, they invited me to attend a Maths exam. I failed and again I got rejected. Not to be defeated. Thankfully, someone took a chance on me and said yes! It was such a big deal, and by the time I stepped on campus in 2003, it was a humungous victory.

I was the first person in my family to go to University and a whole new world of possibilities became open to me. For the first time, I could see a way out. I would need to work hard, make sacrifices and focus on getting through each semester, rather than thinking about four long years. That is exactly what I did, as I knew this was my shot at a better life for me and my two young daughters. Plus, I did a thin sandwich which exposed me to new working environments and where I built my confidence from the ground up. My first placement was at a drug and alcohol agency, my second, most pivotal placement was at HMP Wormwood Scrubs. It was here that I met Psychologist Lara Jonah, who became my lifelong mentor. Upon graduation, I got my first full-time job at Wormwood Scrubs as a substance misuse worker. A year later, Lara sat me down and told me an internal vacancy was available in Probation. I shook my head and thought the position was out of my league. She coached me and helped me overcome my fears. I got the job and worked for 8 years as a probation officer delivering offender behaviour programmes to high-risk offenders.

As a mature student, with two children and a part-time job, studying full time was a tough juggling act. As I developed critical thinking my outlook on life was changing. Sadly, there was a raft of unintended consequences for many of my relationships. I had help from tutors, family members, my mentor and a decreasing circle of friends. When I fell on tough financial times in my final year the University invested in me. Having a supportive team to assist me emotionally, academically, financially and from a class progression perspective was invaluable and fundamental to where I am today.

Tell us about how you started your organisation Key for Change?

Wow, who knew I would have taken it so far! In 2007 when I graduated, I called my mentor Lara and cried down the phone. I was overwhelmed and unsure about what to do next. She encouraged me to start a counselling skills course at the local college to assist with my job applications. Kate Croucher from the careers department at Brunel also took me under her wing and assisted me with job hunting, further training options and most importantly gave me my first speaking opportunity. It was at this time that I realised for the first time that my story had the power to inspire others.

After attending a short counselling skills course, I decided I wanted to take it up a level and by 2008, I signed up to do a 4-year, part-time MSc in Person-Centred Psychotherapy at the Metanoia Institute. Interestingly, I had read Carl Rogers while studying at Brunel and I loved his insights on human potential. His philosophy about the human condition spoke to my experience of personal change and studying psychotherapy felt like a natural progression. Metanoia was a private learning institute and as such, my fellow trainees were from affluent backgrounds. It was a given you would start your own practice and their energy and belief in me rubbed off, even though I still struggled with self-doubt.

By 2011, I had been working full time as a Probation Officer for three years and steadily been knocked back for every promotion. I had a strong back for rejection, but nothing offended me more when a letter landed on my doormat in the summer of the Tottenham riots. I was informed I was at risk of redundancy. I was so incensed. From that moment on, I knew I had to take my career into my own hands. I didn’t like that a single organisation had such power over me, especially when there was such high demand in the overcrowded prison system. It was utter lunacy. It was from that moment that Key for Change was born in my mind. A year later, I achieved my second counselling qualification, I became a member of the BACP and by May 2012, I registered my company Key for Change and saw my first client privately. I had no idea how I would make it, but it felt as though I had been in a similar place before. When I juggled, struggled and succeeded at Brunel. I drew on one of the most important skills that got me through my degree – Faith. Faith had been the key then, plus I knew I had good intentions and the audacity to believe I could be an empowered woman. For three solid years, I worked full time at the prison, part-time seeing private clients, and for the rest of the time, I was thinking of a way out of what felt like a dead-end career. By 2015, I left the prison and gave my all to Key for Change.

What is the objective/s of  Key for Change and how does it help people?

People come to Key for Change when life has gotten complicated and the way forward is unclear.

I have built a team of independently qualified, registered and experienced professional therapists who help people to resolve emotional and psychological challenges. We do this through counselling, mediation, psychiatry, psychotherapy and coaching – each of us has our own specialism. At Key for Change, we appreciate that everyone is unique, and we utilise a range of creative, traditional and contemporary methods to facilitate personal healing. People seek out Key for Change as an alternative to the NHS, as they desire timely, flexible therapy and are not always at ease with diagnosis and prescribed medication. Our clients want to talk about what’s troubling them and want to understand the small and seemingly insignificant ways their behaviour sabotages their potential which, as a result, feed into the development of common mental health problems.

‘Success’ is a very loaded term and just as a side note, it’s these types of terms that hurt people – society believes that if you’re not a success, you’re a failure. Most importantly, (I hope this doesn’t come off as being narcissistic), I am the ‘success story’ of Key for Change – my personal clients seek me out because of my journey. They see what I have achieved and think, if she can do it, I can too.

As an example – A client was experiencing a range of physical symptoms that resulted in her being off sick from work. She had been misdiagnosed with Crohn’s disease, had Irritable Bowel Syndrome (IBS), she ground her teeth and had severe upper back pain. Her employer-funded her therapy and she was granted 12 sessions.

We explored her stresses, the way she coped (avoidance) and why she stayed in a job she once loved and now hated. Her relationship with her boss was difficult and I became suspicious she was being bullied. Her relationship with her boss echoed other strained relationships she had with her husband and prickly father. Together we discovered an unhelpful, entrenched pattern of relationships. One of the greatest challenges for me was that my client perceived herself as strong and rejected the idea of being a victim. I fully understood this, and as such, she internalised her pain and thought she needed to learn more ways to cope with what I perceived as abusive behaviour.

Together we explored tactics to help her manage at work. I later turned these tactics into a free tool on my website in order to help others in similar situations. Over the course of three months, my client began to find her voice and personal power and her physical symptoms began to recede. The body is a truth-teller and psychosomatic symptoms are a real phenomenon. Her self-awareness increased, and most importantly she took increased responsibility for her well-being. She realised she put everyone else’s needs first and as such neglected herself. She supplemented therapy by watching YouTube videos and listening to podcasts instead of listening to the news. She also attended workshops on self-confidence and now, two years later, she is in the final stages of training as a confidence coach.

I also have a range of anonymised testimonies on my website.

Do you have a short message for the next generation of Brunel students?

You got to believe in yourself. Define your own dream. Visualise it. Buy items, objects or anything that represents where you want to be in the future. Find mentors. Ask. Expect rejection. Learn life lessons. Notice patterns and themes in your life and change the unhelpful ones. Dare to dream. Invest in you. Don’t always wait for funding. Get an ideas notebook. Create distance from negative energy. Be open. Say yes to new opportunities. Say no and notice how people treat you. Expect relationship causalities. Be around people that lift you up. Know that it’s ok that it’s not ok. Cry if you need too. Feel down if need be. There is no failure only feedback. Just don’t give up and most importantly, keep the faith.

How can people work with you?

I run a number of events and workshops throughout the year, and also offer a 1 to 1 service too – just schedule a free 15-minute fact-finding call to see how we can work together.

Are you ready to start staying yes? 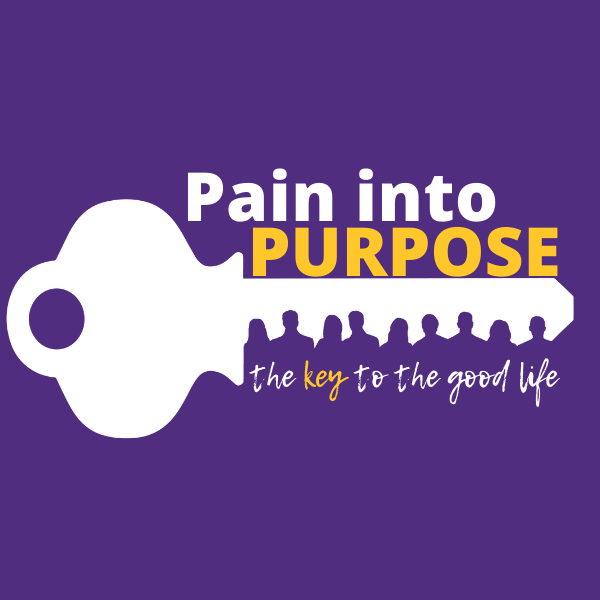